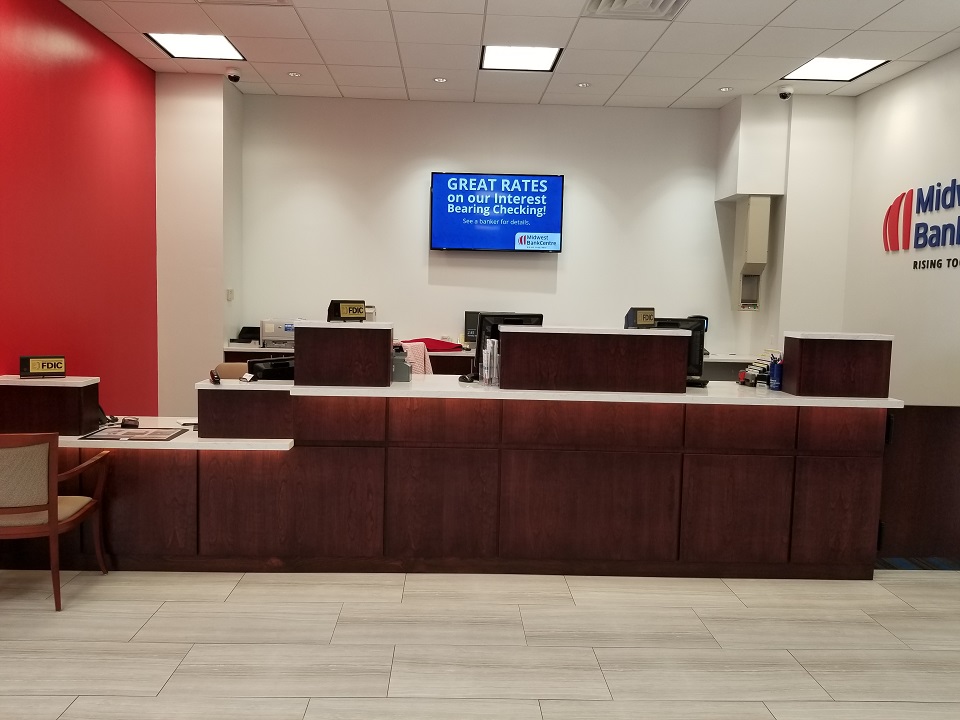 This project consisted of a two phase rehab of an existing bank lobby and associated offices and break area. The bank had to remain functional as the remodel progressed. R. G. Ross created a new lobby entrance from the exterior of the building and began the remodel on that end of the new lobby. It consisted of demolition of two existing offices to allow the open flow of the new lobby. Also, part of phase one were the associated offices. Once this area was complete, we relocated the tellers and began working on this new beautiful teller line.