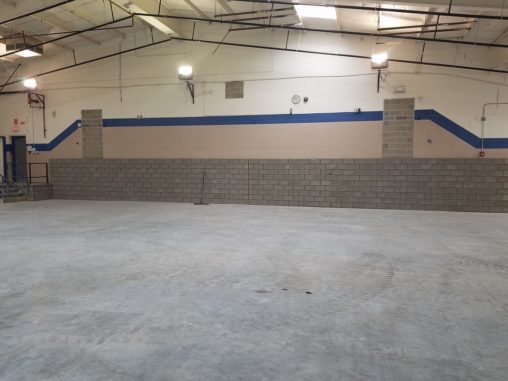 The school consists of an original 1965 building, and a newer 1999 large addition. This project was performed over the 2019 summer break, just over 2 months. The work consisted of demolishing the majority of the corridor ceiling grid and pads in both the 1999 and 1965 buildings, approximately 27,500 SF of ceilings and installing new grid with tegular-edge ceiling pads, removing the existing HVAC re-heat boxes, and some interior penthouse mounted large air handling units, installing new VAV boxes with HW heat boxes and all of the associated piping, and replacing 3 large roof top units. Lighting was all upgraded to new LED fixtures in most of the facility. The electrical service received some upgrades. A new Fire Alarm system for the entire facility was installed. The 1965 building areas were upgraded to having a complete wet fire sprinkler suppression system.