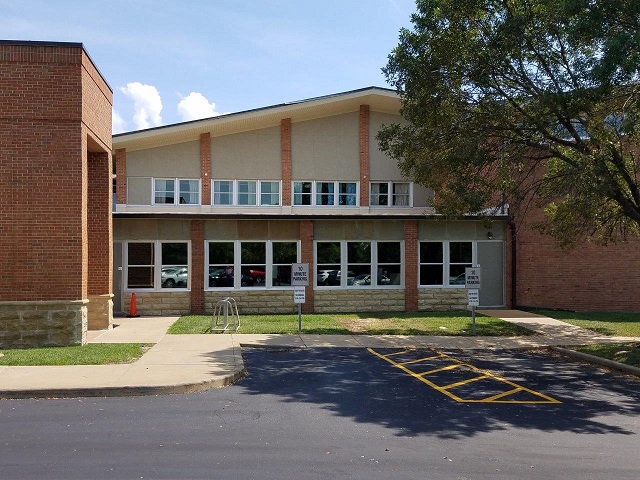 This 1965 building exterior was dated and deteriorating, so to improve the school exterior appearance and efficiency, windows were replaced with thermally efficient aluminum windows in the entire 1965 wing, and the window wall appearance updated with metal stud framing, insulation, and EIFS veneer. The cafeteria was adjacent to the main entry. The new windows in the cafeteria were enhanced with a ballistic resistant security film and anchoring system for added security. For entire school added security, a new internal secure entry vestibule was constructed and finished to tie into the existing lobby finishes.