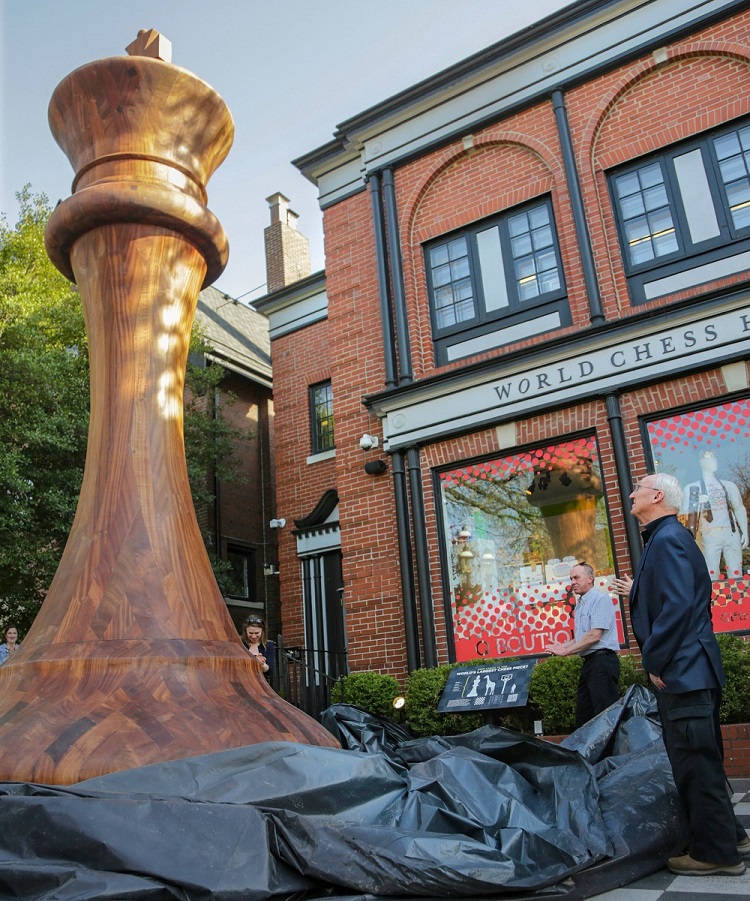 “This year marks the 10th anniversary of the Saint Louis Chess Club and one of the finest decades in American chess history,” said Shannon Bailey, Chief Curator of the World Chess Hall of Fame. “There’s no better way to celebrate this anniversary, and our city’s role as a global chess destination, than to return the title of Largest Chess Piece to its rightful home in Saint Louis.”

The new world record chess piece was installed just in time to preside over the 2018 U.S. and U.S. Women’s Chess Championships, the country’s most elite, invitation-only chess tournaments, held at the Saint Louis Chess Club from April 17-30, 2018. Saint Louis resident Fabiano Caruana, who recently became the first American to challenge for the undisputed World Chess Championship title since Bobby Fischer in 1972, will be competing against one of the strongest fields in U.S. Championship history.

The piece was hand-carved and sculpted by R.G. Ross Construction in Saint Louis, constructed entirely of African Sapele Mahogany and finished with a tung oil sealant. In addition to its impressive height, the piece weighs more than 5 tons, totaling a whopping 10,860 pounds. The record-breaking piece will reside at the entrance to the World Chess Hall of Fame.