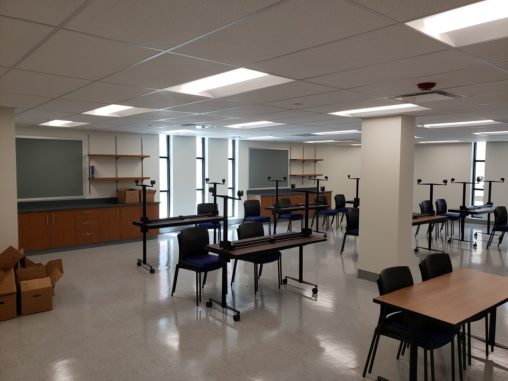 This project involved converting two shower rooms and part of a training room into two large public toilet rooms. The athletic training room was expanded and some custom casework added along with a new ice machine and cubbies to provide a new space for therapy for the athletes. A new concessions area was created by combining two smaller toilet rooms into one large room. The main corridors had the carpet removed and the existing concrete ground was polished and clear finished up to where it joined the restored finishes of the terrazzo floor performed on the gym lobby. In addition, four new offices and a new large health room were created.